Make the most of your shopping experience by creating
an account. You can:

Access your saved cars on any device.
Receive Price Alert emails when price changes,
new offers become available or a vehicle is sold.

A Fierce Finale
“We have worked extremely hard to ensure the V12 Vantage Roadster possesses the same potency and dynamism that characterises the V12 Vantage, while surpassing it in terms of raw sensory excitement that you only achieve with roof down driving. With more power and torque than any Vantage Roadster before it, a wide-track chassis with precisely tuned suspension calibration, and up to ten times the downforce of the series production Vantage Roadster, this is a breathtaking machine created for our most enthusiastic customers.”

The final scene is always dramatic. A 700PS V12. The most powerful 12-cylinder engine that has ever, and will ever, be fitted to a Vantage Roadster. With every other area, from the aerodynamics, to the design, to the chassis, to the brakes, redefined and re-engineered to meet its highs. This is the thunderous parting shot of a hero, unique in its potency, presence, dynamism and thrill.

Vantage has been fitted with turbocharged engines and V12 engines before. But never both, at once. Until now. Which translates into the most powerful V12 Vantage Roadster ever, with 700PS, a top speed of 200mph, and 0-60 in just 3.5 seconds.

Going Out In Style
“The V12 Vantage Roadster puts its own contemporary twist on Aston Martin’s long tradition of open-top sportscars. Explicit in looks and deeds it makes a clear visual statement of intent, which it then backs-up with truly blistering performance.”

From every angle, the aesthetic of V12 Vantage Roadster have been sculpted to be even more striking and uncompromising than any previous incarnation. Pure, raw, honed and brutally, unapologetically, dressed for its finale.

If you love it from the outside, wait until you ease yourself into the luxury of the cockpit. Clear dials, intuitively placed controls and superb all-round visibility mean you can focus on what matters most: the sheer unadulterated thrill of driving an open top V12 Vantage. 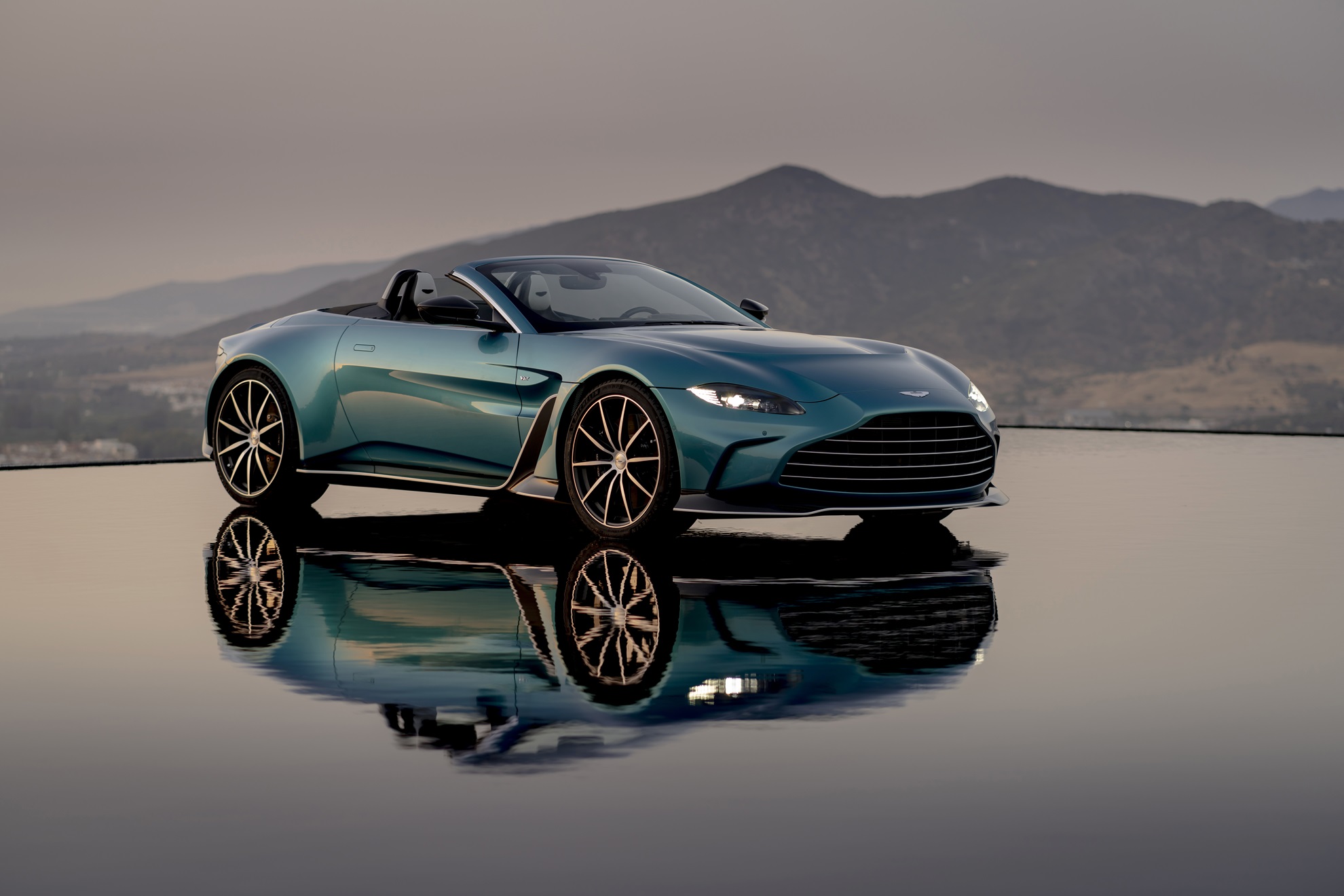 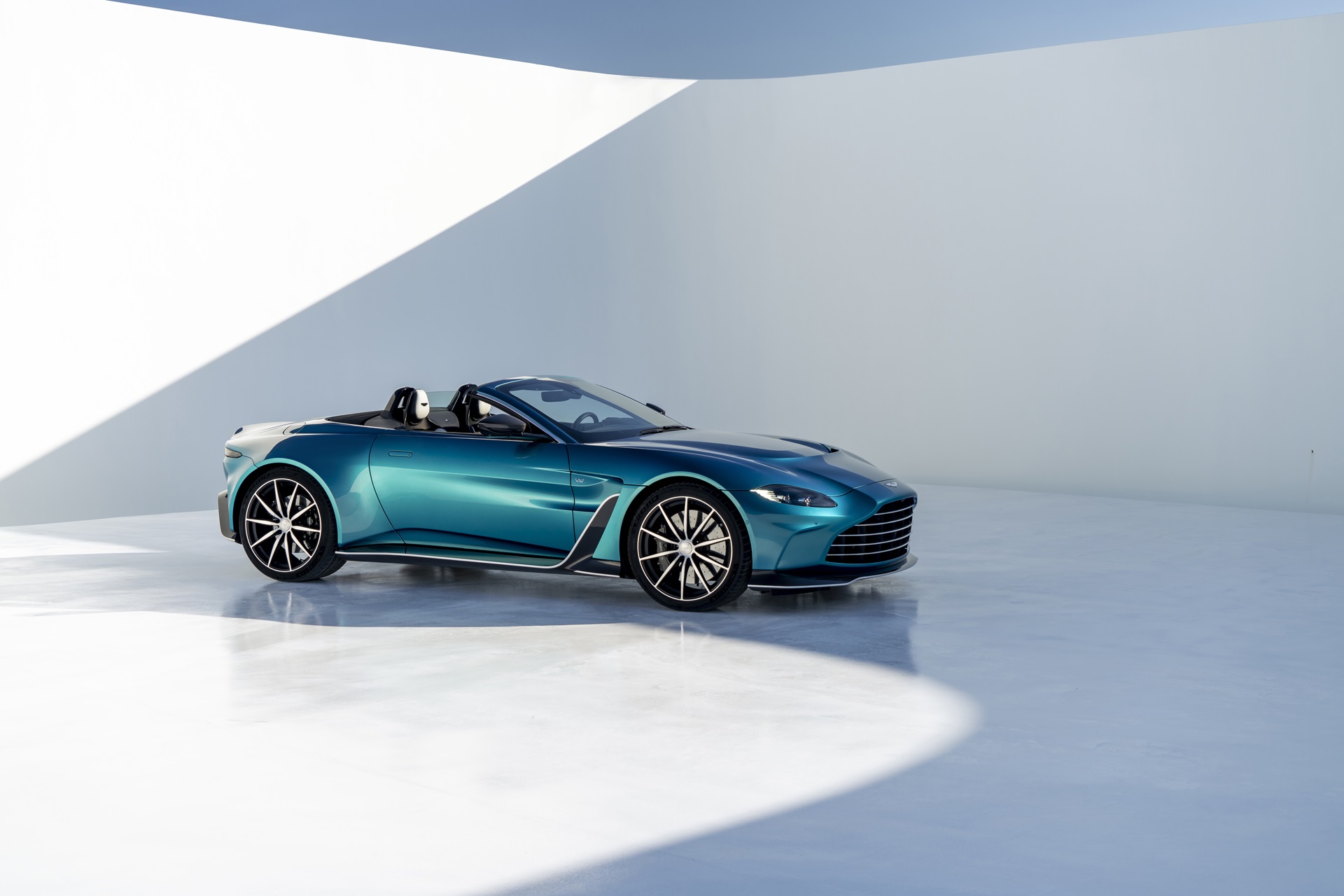 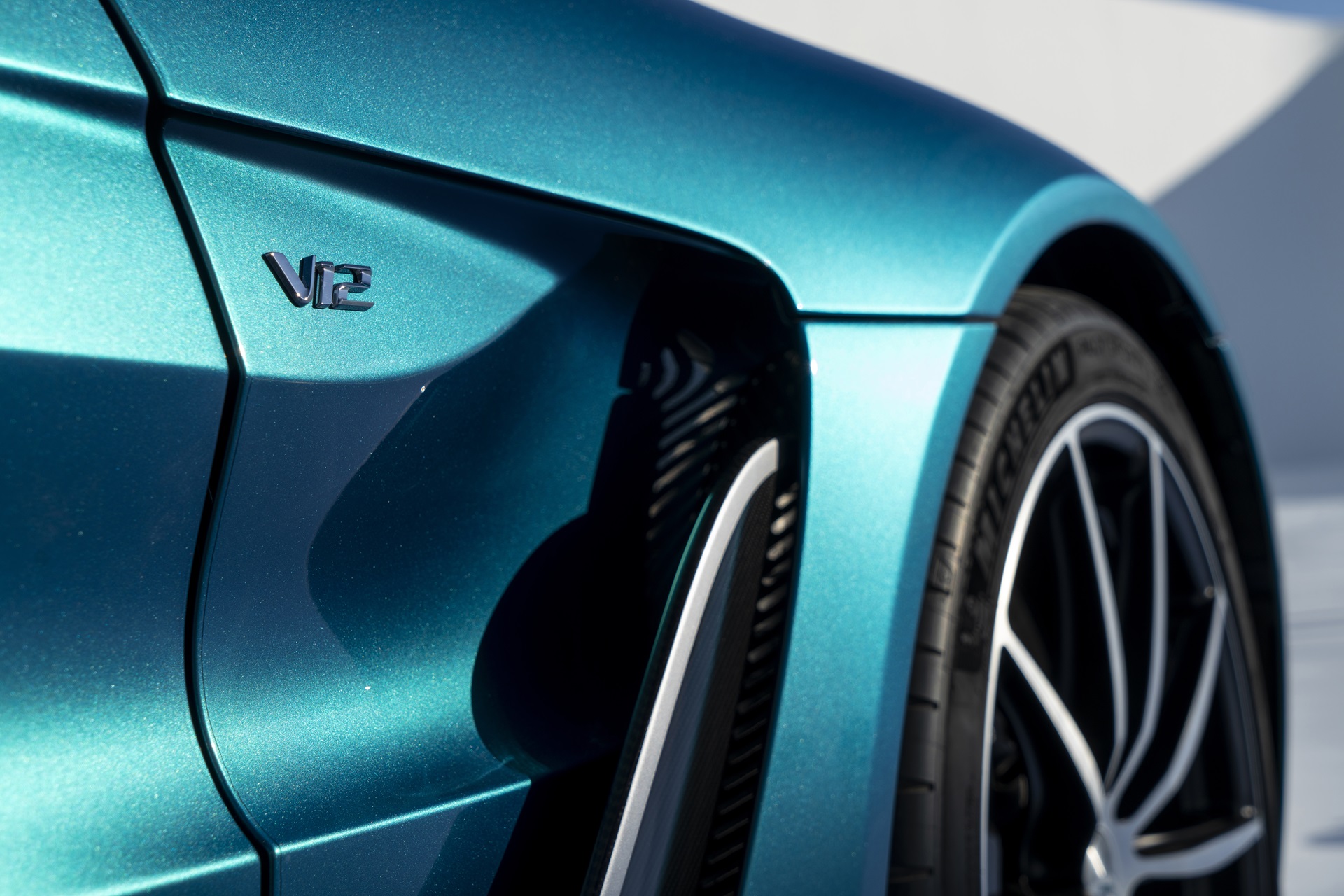 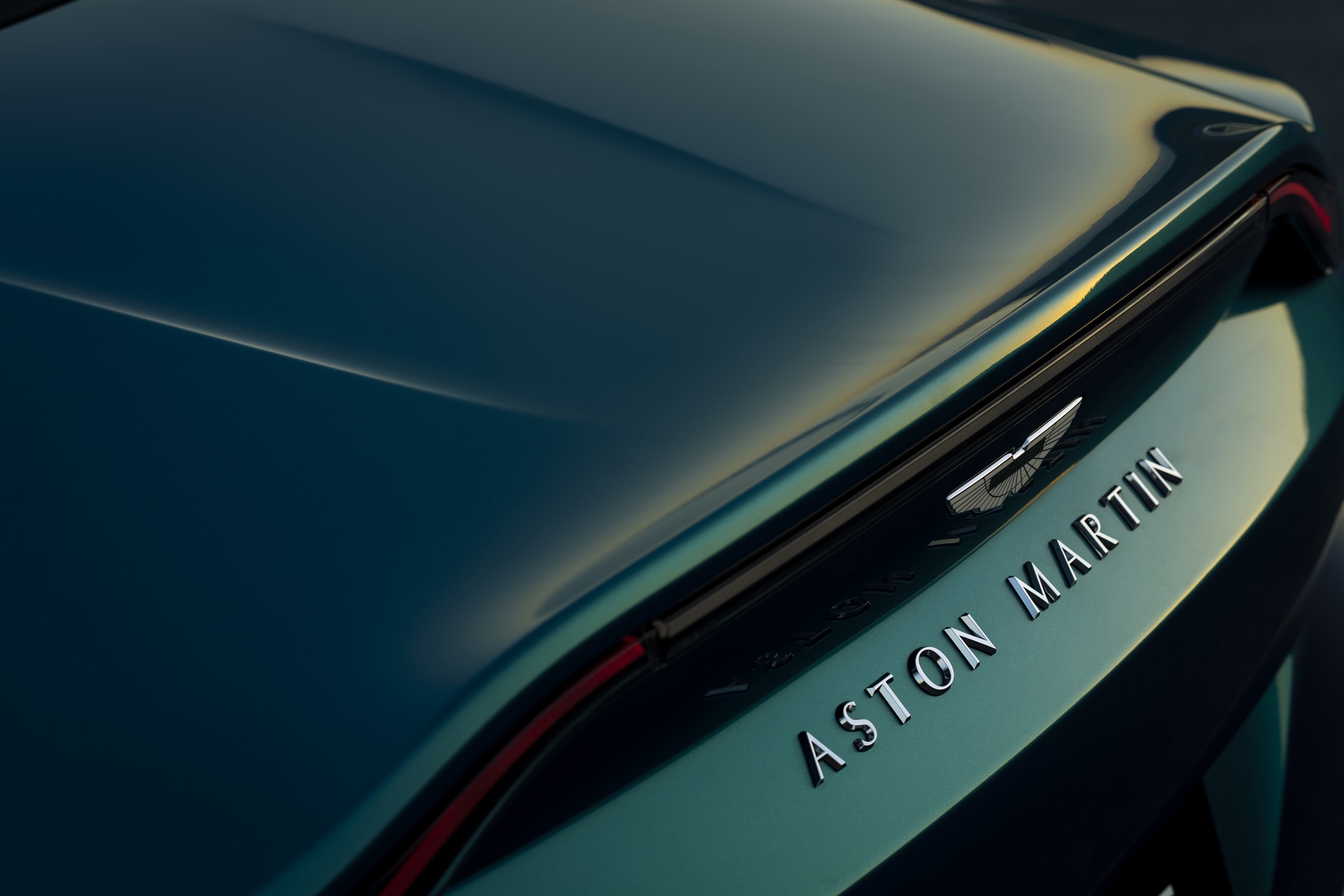 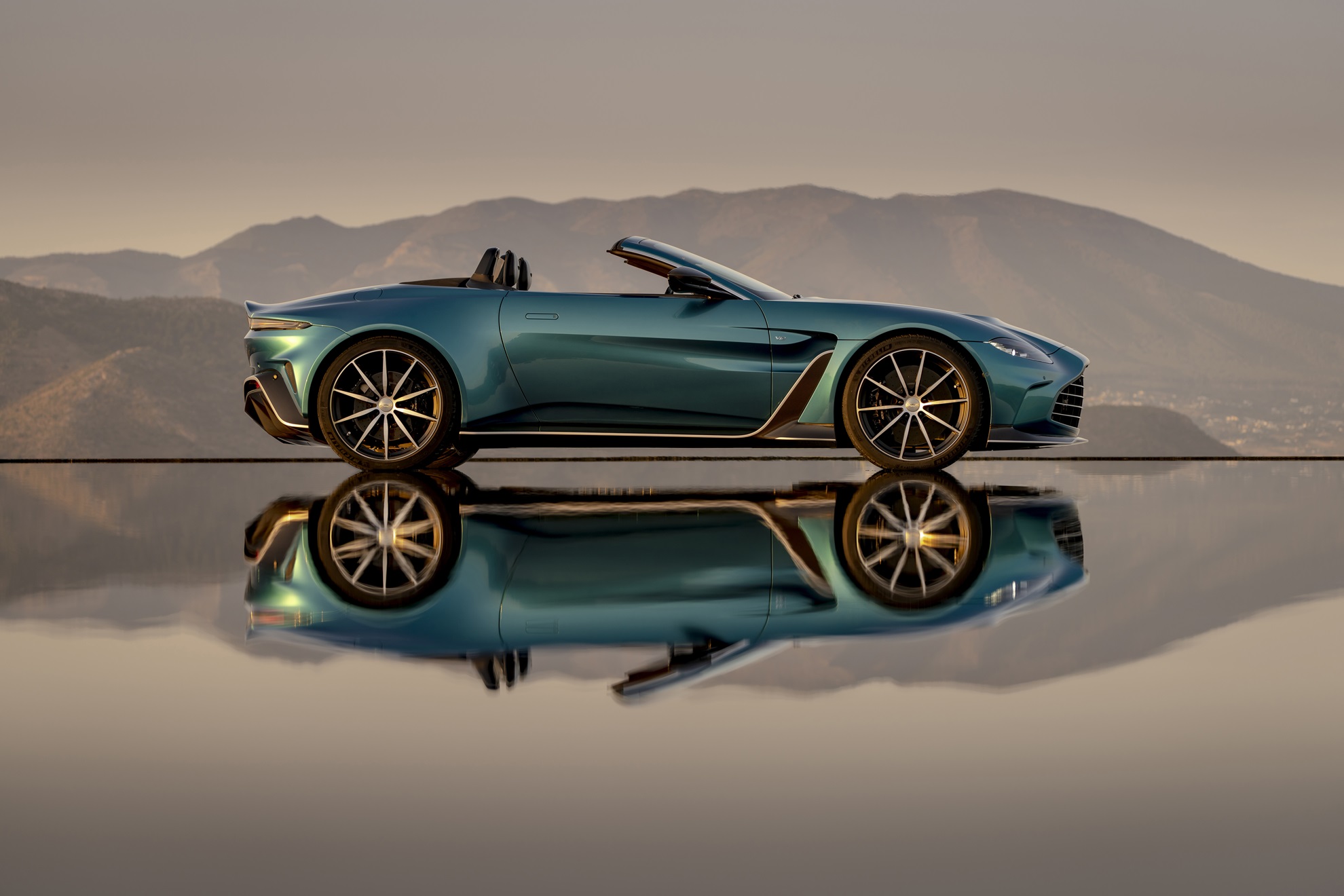